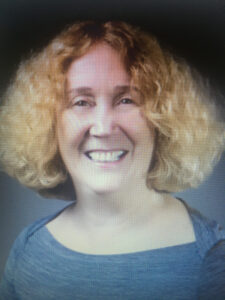 Ness Carroll is an internationally known management consultant and applied parapsychologist. She brings to all of her projects, including SYNERGENICS Consulting, over 25 years of unique experience and knowledge including foundation work for the Australian Institute of Human Relations, where she set standards, trained and accredited facilitators for Australia, New Zealand and New Guinea, and numerous consulting, training, and facilitator roles in Australia and the U.S.

She has worked with the ASTD (American Society of Training and Development).

She has served as staff parapsychologist at the Center for Total Health in San Diego, CA, and has lectured at the graduate level in health education. She also has worked both formally and informally with Landmark Education as a Staff Member and Senior Program Leader.

For the past 33 years, she has consulted to numerous creative individuals and businesses to create or improve process design and implementation, and meet financial goals, businesses such as:

As one of the original personal growth and development coaches, and the designer of the first Life Coaching Training Program internationally, she has facilitated many people and businesses making profound changes in their lives through www.TheInternationalUniversity.org

One of Ness’s favorite projects has been producing three CDs available on the international market through the website www.LifeLoveandLaughter.com, and recently published “SYNERGEOMETRY”, www.SYNERGEOMETRY.com

She has initiated specific successful Indigenous American activist projects such as having the anniversary of Columbus’ landing re-named ‘Indigenous People’s Day” by the Mayor of Santa Barbara and is committed to all aspects of supporting locally resident Indigenous American Tribe(s).

She has traveled and consulted extensively, internationally, some of the professional highlights being:

Ness is a “Renaissance” woman, master networker and sees the marketplace as global. She continues to be committed to any project that serves true personal and professional expansion, and furthers world peace and understanding and the transformation of all beings. 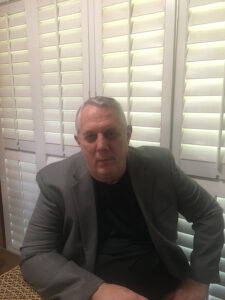 Offering a rare blend of creative and operational strengths, Richard has contributed to exciting company and product start-ups and is recognized for his success in growing companies in sales and profits. His strategic approach to building a business is reflected in his work as a Master Consultant for SYNERGENICS Consulting, and as past Executive VP of Be Here, where his concepts of creating a live networking meeting for the design, operational and supplier teams created a first for conferring information around the globe through photos, data and video of the processes and technological issues to be revied, analyzed and resolved ; and Director of Operations at Superconductor Technologies, where his focus on product team issues delivered impressive bottom-line results reducing product-to-market timelines by 50%.

At Intel, his and a colleague’s micro-chip work resulted in what we now know and use as BlueTooth.

Richard also had significant impact on profitability and acknowledged impact on growth at while he held senior executive positions at Superconductor Technologies, Sourcecom, and AMF.

He also is known for focusing on team building, clear targets achievable results, and performance excellence.

Richard Meaney’s exceptional record of accomplishment of business improvement is based on his philosophy of team and people making total enterprise engagement a must for success and action. He is known for his ability to quickly identify and diagnose growth opportunism, growth impediments and out-of- box growth areas that go far beyond marketing, working with companies to refine their organizational structure, product lines, product ideas, sourcing, sales, market position, as well as market opportunity and general advertising.

Richard’s unusual career has lead the technological revolution from when he was instrumental in the IOS that set interface standards for the internet itself as in the World Wide Web, to working through an American company in Italy with Olivetti, designing the first ever banking ATM interface.

Richard in known for empowering interpersonal communications interfaces as well as those in technology.